We introduce the activities about development and exhibitions of ThinkingSketch .

One night exhibition was held on 7/27. Thanks to people who joined with this exhilbition. 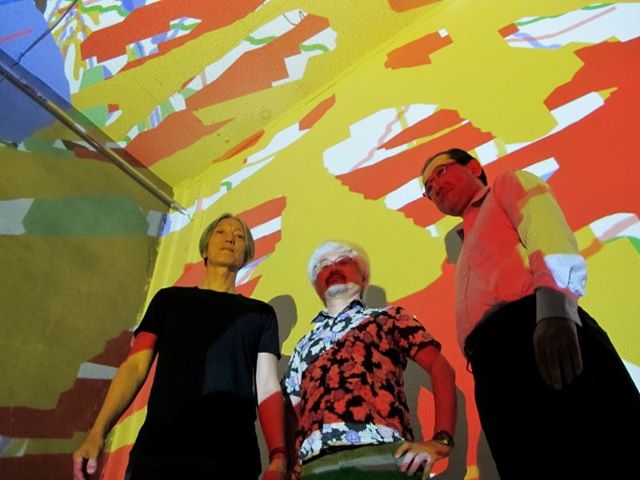 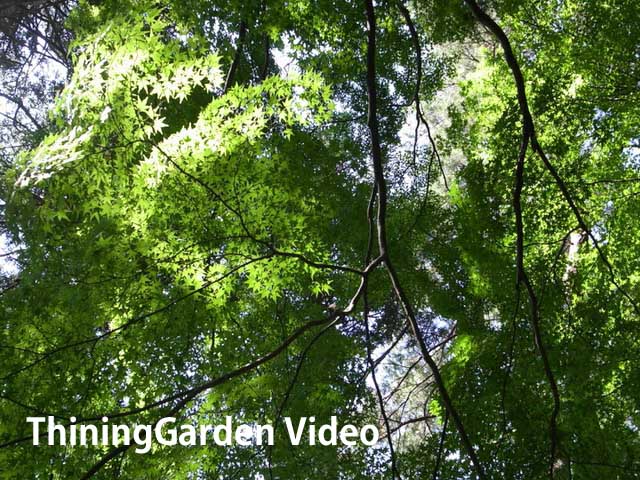 Exhibition was held from Sep. 02 - Oct. 09. The acitivities consisted of two exhibitions at the Design Gallary and the Media Lab, and a two days workshop. 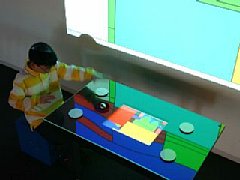 2003 FEB: Exhibited for one year and more at the Visual Museum at Skip City in Saitama. 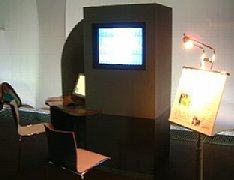 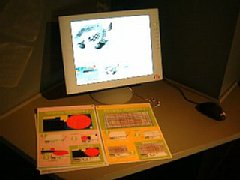 For 13 months ThinkingSketch was exhibited at the Visual Museum.

Elementaly school puples and junior highschool students, in total 20, are attended our workshop to understand abstract paintings by making it! 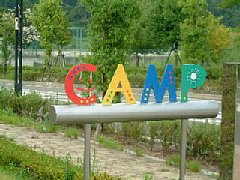 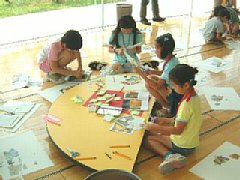 At the end of the day, we had an exhibition to enjoy them, and discuss about it each other. Many paticipants felt they understand, why some painters paints abstract paintings.

The first exhibition including the Christmas day. A projection of ThinkingSketch to a large screen, exhibition of painting, workshop for citizens, and talk with Harold Cohen. 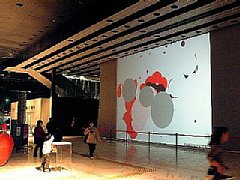 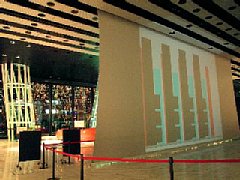 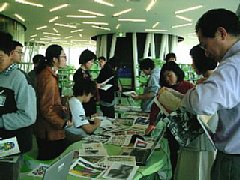 In the educational practice in the Future University Hakdoate, which is held by Prof. Kimura, the cocept of Trace & Trace was born. The concept of "Trace & Trace" was implemented with software. 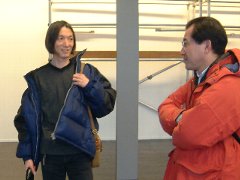 Visited Harold Cohen who are trying to make computer to draw as a independent painter. We found our way to go. 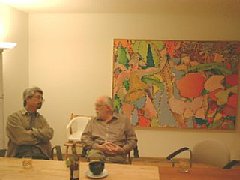 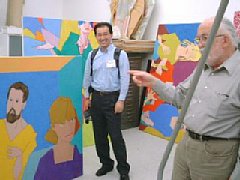 Cohen's approach is different from ours. It is introduced in one of the Pamera McCorduck's book "Aaron's code."